Ten years ago as fate would have it a magnetic pull brought Australian Singer/Guitarist Rhys and German female power drummer Meike together from opposite ends of the planet. The two met coincidently in Hamburg, Germany over a band contact web page. From the first session onwards a strong musical bond was formed with the intent of founding a two piece band one day. But then Meike was offered a drumming deal with Rainy Day Records which was a subsidiary of the legendary Sound City Studios, so she moved to Los Angeles, California.

In the meantime Rhys moved back to the dust, heat and isolation of the wheat belt in Western Australia where he grew up. With a sixteen hour time difference between the two, Meike would go about the day practicing her drum chops in the Studio that belonged to Californian punk band Pennywise located in Hermosa Beach. On the other side of the sphere, after work hours driving a tractor on a farm in the sweltering heat Rhys would make guitar/ vocal demos and send them to Meike to record drums on Pennywise’s 90s Pork Pie tour kit. Being so many miles apart didn’t deter the two from writing music together via Internet but played heavy on their hearts in the long run. So one sunny LA day Meike on a whim booked a flight to Perth.

Finally back together Meike and Rhys immediately started recording their songs and planning their first tour in Europe. A band name was needed and Powder for Pigeons was born. Before relocating back to Germany using Hamburg as a base, they took a detour on the way and went to Las Vegas to get married in style. The honeymoon started five days later with their first tour in Europe.

Since then Powder For Pigeons have been touring heavily and working hard delivering their brand of two piece power rock to an ever growing fanbase all over Europe. They  have recently been on tour, supporting Monster Magnet, Ugly Kid Joe, Clawfinger, Clutch and FuManchu for example and have played Festivals big and small, such as Czad Festiwal (PL), Ollesummer (EST), Freak Valley (D), Vestrock (NL), Palp Festival (CH), Roadkill (B), Stoned from the Underground (D), Desertfest (D), Up in Smoke (CH) to name a few.

As extremes, random madness and unexpected situations were always part of their history, it had and still has a heavy impact on Powder for Pigeons music and performance. Over the many years the power duo have earned themselves a reputation for putting on relentlessly energetic, sweaty and in your face wall of rock performances. More often than not their structured songs will wander off the beaten path in the middle section and trickle into soundscapes and off the cuff spontaneous jams with a full sonic assault and attitude to burn: This two piece band has the presence and intensity of a five man band (Hard Rock Magazine).

Blasting their way  into the 10th year Powder for Pigeons is more driven than ever to spank your eardrums and melt your face with their raw and punishing live set, underlining their status as one of the most exciting acts around. 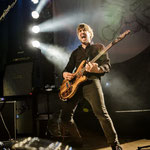 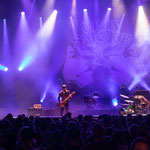 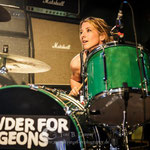 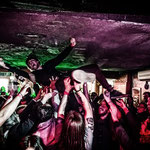 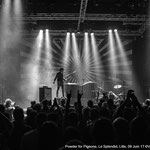 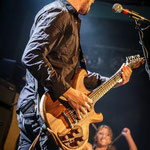 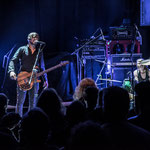 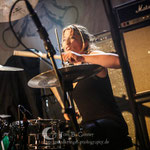 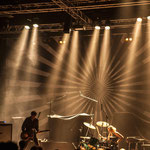 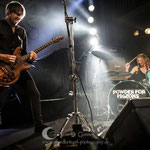 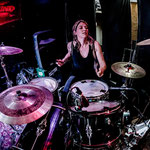 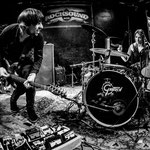 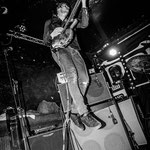 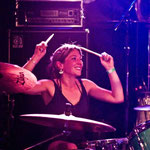 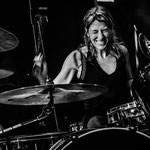 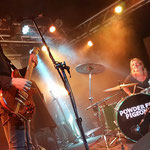 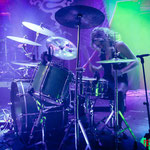